Deprecated: Hook elementor/widgets/widgets_registered is deprecated since version 3.5.0! Use elementor/widgets/register instead. in /var/www/wp-includes/functions.php on line 5758
 Change Nothing, Nothing Changes - eCommerce Training Live Skip to content

Change Nothing, Nothing Changes

If you solicit outside advice from a subject matter expert, be prepared to hear things you may not want to hear. Be prepared to make changes. 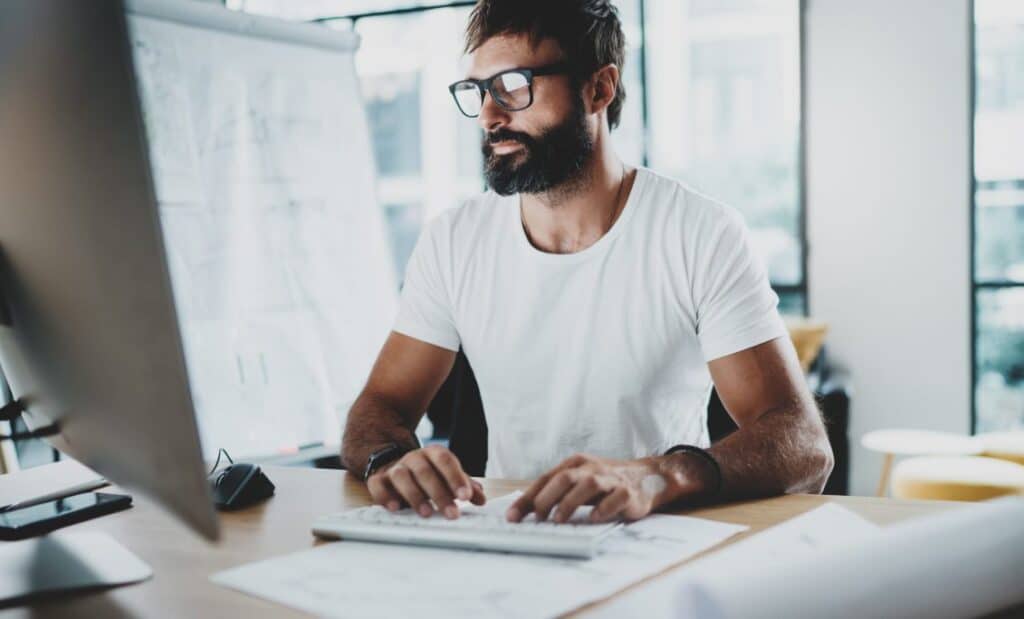 “Change Nothing, Nothing Changes.”

If you change nothing, nothing changes. Straightforward.

Meaning, you cannot put forth the same level of effort but expect a different outcome. You need to change something in your day to day operations.

One example that I have, is the way you work with subject matter experts, or consultants or new hires.

Executives, entrepreneurs, business owners and decision makers – I am directly talking to you.

Do not hire an outside service, consultant or subject matter expert – and tell them what to do.

A number of times now, I have been hired as an expert in ecommerce, digital marketing, conversion rate optimization, attribution modelling, analytics, etc and then sat down and told exactly what to do.

The very idea you are hiring someone for this is indication that you don’t exactly know what to do, hence requiring help in the first place.

Once your experts are on board, bring them up to speed and then get out of the way and let them do their job. Let them help.

Think of other professions.

When you hire a painter, you say “I need this painted”, and that’s about it for direction. You don’t suggest which brush or roller to use, tell them how to cut their edges, etc.

Being in eCommerce is no different.

I have walked into organizations where an online campaign is being run at the wrong time of the year, according to the data.

The business was running paid search campaigns for golf over the months of March/April.

The analytics showed the highest search volumes were September/October.

The booking-to-consumption window was roughly 60 days, as this was a destination resort booking and not a city golf course in your backyard.

So people are looking and booking here. Consuming the booking and arriving here.

But you are advertising how great your facilities are there and there, months away from the ideal window.

I understand there are two sides to the coin and that you may want to put the pedal down in the off season to try and drive more traffic, but that’s your goal, paid search is the wrong medium, and you’d only want this tactic in play if occupancy was maxed out during your peak period, which in this case it wasn’t.

You can spend $10M/month in paid search (and I have), and you still cannot force the general public to increase search volume. You can’t get more people to sit at a computer and put hands on keyboards using a tool or a channel like paid search.

There are a finite number of searches for any given product or service.

To stimulate more eyeballs on your offer, you want to go outside of search; especially outside of branded search.

Back to the golf scenario, the correct play here would have been to fish where the fish are.

The data showed when and where the searches were happening and when the bookings were being consumed. Smart money is to double down and make sure you’re maxed out on occupancy where we know is the peak season.

When I asked why we were using search as a medium, and applying the greatest share of budget to off-peak months, I got the seven deadly marketing words; “That’s the way we’ve always done it.”

Why March? Because it was ran in March last year.

Because that’s when it ran the year before… see where this is going?

Eventually you get to the root of the issue, when it ran in March for the very first time, and it was a non-data-driven decision because the numbers were not available back then the way they are now.

So, a gut feel from a decision maker was, “Let’s push golf using paid search in March.”

An argument can be made that when that campaign was first ran, there was no supporting data to argue otherwise, and once it was running there was no baseline or YoY data to identify good versus bad.

But years later, once the data exists, you have to be willing to make a change.

If you change nothing, nothing changes. Simple.

You are leaving money and opportunity on the table, when you know better.

Full circle back to bringing in an outside resource, such as a consultant or subject matter expert.

There is a fantastic chance they will tell you something you don’t want to hear.

If you aren’t prepared to hear it and make a change, don’t bring them in in the first place.

I have provided recommendations and assessments, grounded in cold, hard data – here are the facts – I have been thanked for my time, and no action was taken.

It is a recipe for disaster.

You can’t bring in someone such as myself, ask for an assessment on what you’re doing well versus what you are not doing well; but only want reports on the positives.

If you aren’t willing to adapt to the ever changing landscape, something terrible will happen.

Nothing is what will happen.

You will fall into the footsteps of those before you; Kodak, Sears, Blockbuster. Where time after time, they failed to adapt and trusted “the way they’ve always done it”, the way that paid everyone and kept the lights on last year and the year before and the year before – and thought that was going to guide them into the future.

Be prepared to hear difficult recommendations you may not want to hear.