Deprecated: Hook elementor/widgets/widgets_registered is deprecated since version 3.5.0! Use elementor/widgets/register instead. in /var/www/wp-includes/functions.php on line 5758
 What To Do After A Bad Interview or Meeting - eCommerce Training Live Skip to content

What To Do After A Bad Interview or Meeting

If you’ve ever felt like you have bombed an interview, it may not be entirely your fault, even if you feel it was. 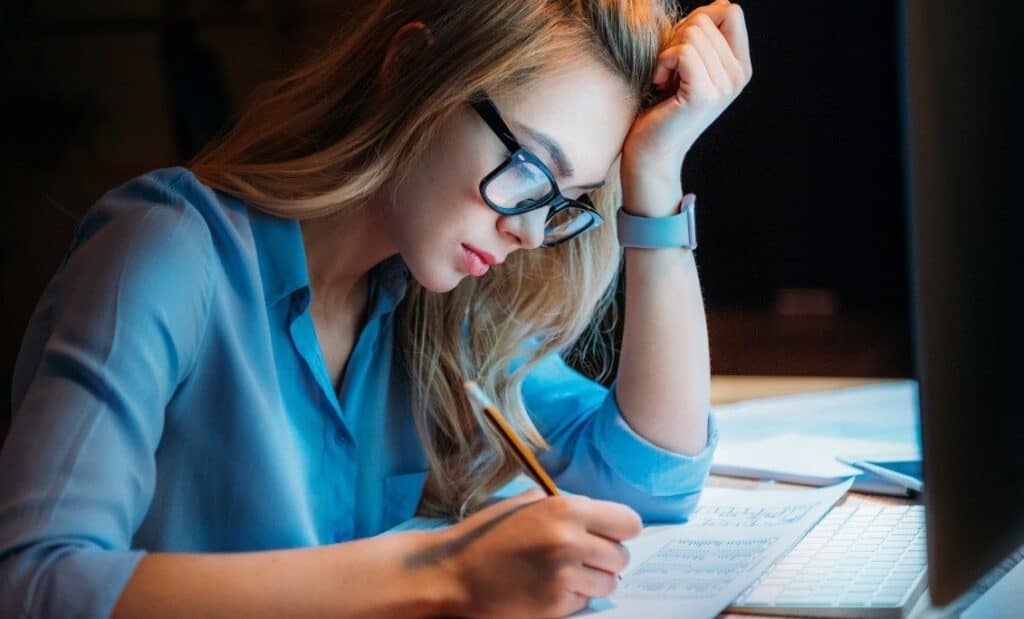 “I Just Bombed An Interview. I Feel So Stupid.”

If you’ve ever felt like you have bombed an interview, it may not be entirely your fault, even if you feel it was. Fact of the matter is businesses do not always have their shit together leading up to a meeting, presentation, or interview, and it isn’t just you.

So either way, here’s a chance for you to learn from my mistake. In a nutshell, I was solicited by a recruiter, to work with a company that was in dire need of an ecommerce professional. Her and I chatted about the requirements, areas in which the business was lacking, and which skills they would be looking to bring in to help them get sorted, and get on to the next level. I checked all of the boxes as we covered the materials, you know, digital marketing, ecommerce, leadership experience, budgets, etc.

In our dialogue, I made certain to underscore all the highlights and sound bites that, I could then do my homework on in advance of the meeting, and be as relevant and concise on each issue as possible. The recruiter told me I would be meeting with the CIO, and this was almost a 100,000 employee company, so meeting with the CIO is a big deal. So I want it to be as prepared an on point as possible.

The day the meeting arrived, roughly 2 hours ahead of the meeting, the recruiter, and importantly, my only contact thus far, reached out to tell me that the CIO could no longer schedule me in, and I would be instead meeting with a VP from his team, as well as the VP of HR, for some strange reason. The unfortunate part was the materials that I had prepared, including a presentation project that I was tasked with, was written specifically for the CIO.

Knowing I was meeting with him, I had looked him up online, checked out his background, saw his LinkedIn, tailored the presentation to speak to his level and digital and technical savviness, it even had his name on it, and I had a copy printed and professionally bound – it looked like it looked a lot like this, so it’s not something that, you know, that comes together overnight.

So , okay. Two hours till the meeting. How do I pivot? What do I do? The printed deck with his name on it, that’s an easy explanation, you know the people that I would be meeting with, they knew full well that I was supposed to be meeting with the CIO. So, having his name on printed materials wasn’t the end of the world, given the very late notice provided to me. However, where this takes a sharp left turn, is the nature of the questions I faced the moment the meeting started, by the new people that I was now meeting with.

One example question I was given, right off the hop, was, “let’s say a farmer in Manitoba orders 50,000 gallons of fuel, how will we know that he has a dangerous goods permit and what does the last mile fulfillment look like?” I, all I could do was ask him to please provide me a little more colour to the question in the context of what that has to do with this digital marketing or ecommerce opportunity.

So his clarification went even further down the same rabbit hole, and I think we both very quickly arrived at the conclusion that wires were crossed somewhere along the lines, this was not at all the position that I had been briefed on, nor that I had prepared for. He seemed to be looking for a systems integration engineer. Someone solely focused on distribution and fulfillment that specializes in last mile and delivery management.

Frankly, not my area of expertise. So it’s a tough call to pull out of an interview for such a sizeable project within the first 10 minutes, for a company that I would have loved to have worked with, but there’s no point in wasting each other’s time. So I explained the project that I was briefed on and that I had prepared for, I provided them with the printed booklets and material, and he explained the project that he was running, and the personnel that he was looking for, and there just, there wasn’t a fit, that was that. So what is the lesson? You know? The moment I got back home I shot an email out to the recruiter saying there were mixed wires somewhere, that the meeting questions were nowhere near what we had talked about leading up to me being on site.

I received a simple apology for the mix up and that was it. Just, “Sorry.”, and that was it. I had wasted days in prep work, ran multiple reports, I spent hours putting the deck together, and you know reviewing, and dry runs, and so on, and I had thrown away over $100 in having multiple copies of the deck professionally prepared and printed.

So, my red flags. I guess the danger here, was that I had a single point of contact for this business and this project. The recruiter. No one else. Another threat was very fast turnaround time from initial solicitation date, through to the meeting date, was maybe only 10 days. Not a lot of time for additional correspondence with other team members, not a lot of time or ability to ask questions and receive answers, that I could then incorporate into my homework or into my materials.

Also, there was very little provided to me in terms of literature, in the form of a project brief, summary description, etc. All again, bottlenecked just to the information that I received from the recruiter. Lastly I think the very late pivot that last minute pivot in personnel was a big red flag, and I should have suggested alternative dates, so that I could meet with the intended person versus these last minutes substitutes.

The VP of HR contributed nothing. And frankly speaking VP of HR isn’t going to understand a thing I’m talking about from an ecommerce or digital perspective, typically speaking. Whereas a CMO or CIO, those roles that I typically tend to meet with require little to no ramp up, and we dive right into the materials and we get down to business immediately. So a smart person learns from their own mistakes.

A brilliant person learns from others’ mistakes. Learn from mine. Identify red flags in such processes. Raise your hand if you have concerns. Save yourself time, money and frustration.  Bad interviews are not always entirely your fault. Don’t be too hard on yourself if you’ve had one.

PreviousDealing With Haters
NextDo You Love What You Do